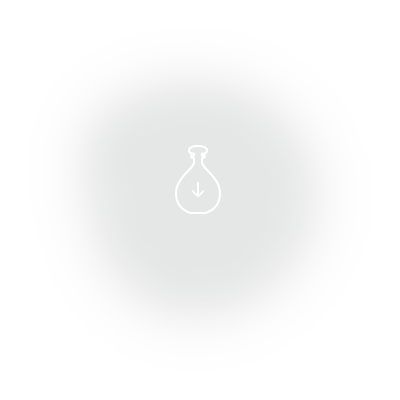 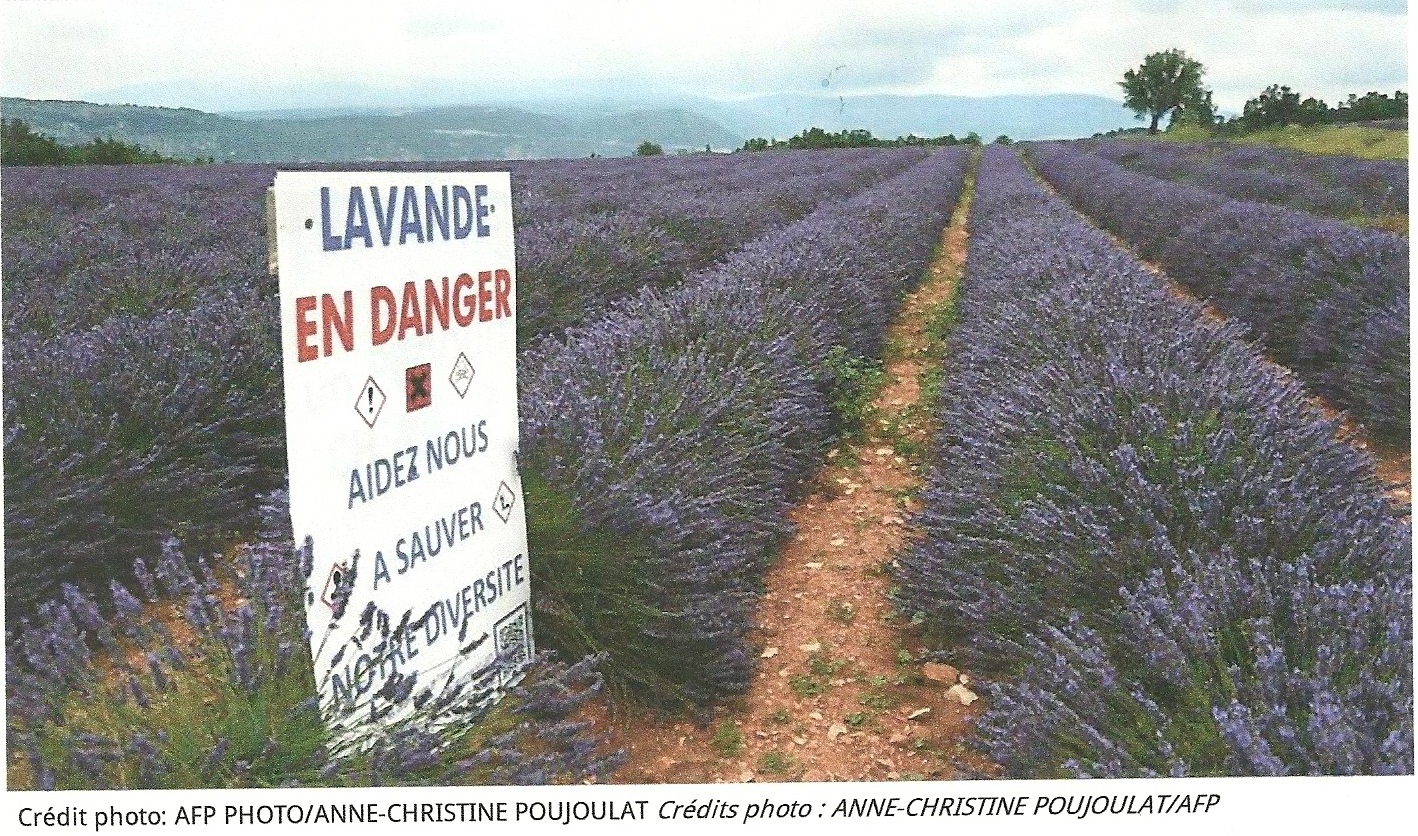 The story of the use of lavender begins with the arrival of the Romans in Provence roughly 2000 years ago. Lavender was highly prized at the time for its wonderful scent, and it has continued to wind its way through the centuries and fashions. Is there a symbol of Provence more beautiful than this plant whose color, smell, medicinal and aromatic properties evoke a region where life is good and the landscape inspires dreams, escape and the joy of living?
Lavender is a member of the Lamiaceae family, a big family that’s rather well represented in Provence with members including thyme, rosemary, oregano, savory and clary sage.

The word “lavender” (Lavandula) was probably created in the Middle Ages from the Latin word “lavare” or “to wash”, but usage of the plant dates to a period well prior to that time.
The first mention of it found in literature shows that the Roman aristocracy used it without moderation to perfume their bath and clothing. In the 13th century, lavender was distilled to obtain the essential oil whose medicinal properties were appreciated. But it was in the second half of the 19th century, especially, that lavender picking was developed in the South of France.

This vast region, which extends from the foot of Mont Ventoux to the inlands north of Nice, was long the uncontested domain of Lavandula Angustifolia crops, due to the area’s chalky soil, its temperatures ranging from -20°C to + 40°C on the Valensole plateau and its sunlight and luminosity.

Today, the disruption of commerce, the emergence of new producer countries, the development of perfumery – detergent and cosmetics – have led to policy changes concerning the supply of aromatic raw materials. The search for increasingly higher profitability with lower and lower prices has caused production to migrate to countries such as Bulgaria, Russia and – more recently – China.

Climate changes: drought and heat waves affect essential oil yields one year out of three.
Wilt due to bacteria transmitted by an insect, the cicadelle or leafhopper, a tiny, 2mm cicada emblematic of Provence, that pricks the stem of the lavender plant and injects bacteria into the sap. The contaminated plant gradually dies, drying out like hay; it transmits the disease to other healthy plants with such facility that the life cycle of a crop, which up till the year 2000 extended to about ten years, is now reduced to three to five years.
Finally and above all, the European REACH regulations, which consider essential oils, and that of lavender in particular, as a mix of chemical molecules: limonene, pinene, In the early 21st century, the Alpes-de-Haute-Provence department experienced three years of drought and heat waves (2003, 2006 and especially 2007): it was a disaster for the crops, which greatly suffered and which in many cases had to be dug up.
Fortunately, the recorded rainfall of the past few years has been more favorable, resulting in a slight rebooting of the crops.

However lavender growing in Provence risks being in danger in twenty to thirty years if we are not able to provide technical solutions to these problems: new varieties more resistant to disease, irrigation to crop zones, the battle against wilt.

The wilt, which started in 1998–2000, is today the major health problem for lavender and lavandin, because the leafhopper lives on the crops throughout the year. Pesticide use is banned so as not to condemn neighboring beehives and the production of lavender honey, which is rightly well loved. The CRIEPPAM, the lavender research organization based in Volx, near Manosque, is working on various tools to reduce leafhopper populations, like kaolinite, a variety of clay that has been sprayed on the crops since 2010 to protect them from leafhopper pricks. The initial results are encouraging and research is continuing.

The producers, aware of the dangers wilt represents for the sector, have insisted on updating their production techniques. As  explains Romain Pochet of the CIHEF (Comité Interprofessionnel des Huiles Essentielles Françaises), “other solutions have been tested and are under development, such as growing cover crops of cereals or leguminous plants that alternate with the rows of lavender, so as to disturb the insect’s movements.” In addition, sowing in the fields, instead of growing the plants in buckets at the nursery, which suffocates the roots, should allow the roots to grow more deeply into the ground and find the water they lack during heat waves.

Today the major producers of essential oil of lavender are France, Bulgaria – world leader with 100 to 120 tons per year, including 60% exported to France – Russia and China. In China since 2009, the entire production, which used to be exported, is today used for domestic needs. Spain already produces lavandin, and lavender crops are starting to be developed there, too.

In France, lavender and lavandin represent roughly 50,000 acres of crops, 2000 growers and 120 distilleries including 30 open to the public.

The plant that was found growing wild in the hills of Provence and that is grown today is known by names other than its official botanical name of Lavandula Angustifolia: true lavender (Lavandula Vera) and fine lavender or English lavender (Lavandula Officinalis). These names distinguish it from lavandin.

True lavender is reproduced through seeding. Using the first technique, producers want to preserve a homogenous variety that secretes its own defenses. Either they take seeds from the entire crop or they choose the most beautiful plants for reproduction, hoping for a selective pedigree. A second technique consists in picking up seeds that have fallen onto the grounds of the distillery when the stills are being filled, which leaves out any seed selection. In a plot where lavender is grown in this way, each seed plant is genetically different from its neighbor; so the crop has a heterogenous look: the plants are of varied colors and sizes, justifying being called “lavande de population” (seed lavender). The essential oil that results is rich in terms of scent and well balanced in its composition. This is the only one with the right to an AOC appellation, guaranteeing precise analytical features (thickness, refraction index, ester content, etc), a composition in compliance with Afnor standards, precise geographical origin on soil located between 800 and 1400 meters in altitude, and superior olfactory quality, in agreement with an ordinance published in the Journal Officiel in 1981. The entire lavender growing sector is currently seeking to develop new types of seed lavender: mainly the Rapido, but also the Carla and Sarah varieties.

To fight imported lavender, whose cost is much lower than the essential oil of French lavender, other types of lavender had to be developed through cuttings: starting with a seed lavender plant selected for its distinctive features, several thousand cuttings are made and planted directly in the field after an initial stint at the nursery: the same plant chosen for its special features is cloned. Thus a homogenous field is obtained where the plants have the same shape, size and color as the mother plant. This will bring about the birth of essential oil of cloned lavender.

It is this type of cloned lavender that is grown by other producer countries.

The most widespread essential oil of cloned lavender  – and which today surpasses seed lavender in quantity –  is Maillette lavender. Another cloned lavender is also grown in France: Matheronne lavender, which is used less since it is less soluble in alcohol and thus used for blends.

The criteria that define essential oil are olfactory and analytical. As concerns lavender, the most often used criterion until the advent of chromatography was the ester content. Thus one distinguishes the High Content 50/52¨% lavender and the Low Content 40/42% lavender, according to the total ester content, which valorized certain lavender crops (geographically localized) such as Mont Blanc, Barrême, St Christol and Montguer. Today chromatography makes it possible to precisely measure the linalyl acetate content and these subtleties have been lost.

If production is increasing today, it’s because starting in the 2000s, the entire perfumery sector (agricultural and industrial) came to the aid of French lavender:
In 2000: growers set up a lavender field in pots on the Place des Vosges in Paris to raise the public’s awareness, with working stills, talks and sales of essential oil, etc.
The Société Française des Parfumeurs held a competition among young international perfumers to create a men’s and a women’s eau de toilette containing at least 15% of essential oil of lavender. The prize was awarded to a young French perfumer at the World Perfumery Congress in 2002.
In Marseille, designated a “European Capital of Culture” in 2013, the city installed a lavender field along the Vieux Port to raise visitors’ awareness about lavender production.

It’s important to fight the confusion between lavender and lavandin that has gradually taken hold in the public mind. For about 40 years, the lavender note has been tarnished by the fact that the public has been encouraged to believe that the lavandin being used is lavender. Washing powder, detergents and cleaning products are not scented, as the television ads said, “with the lavender from our hills” but with lavandin, which is much less expensive, much more tenacious and planted in greater quantities. Today more than 1200 tons of lavandin are produced in France, though when it was first produced around 1925, the amount was one ton.

Authentic lavender, with a much subtler, richer smell, has won over perfumers for a long time. In 1884, Houbigant’s eau de toilette Fougère Royale set aside a special place for it in what would become the new Fougère family (lavender, woody, bergamot, oak moss and coumarine notes); in 1934, the first men’s eau de toilette came about with Caron’s Pour un Homme, which still exists and likely contains more than 50% of essential oil of lavender.

The French sector’s improvement in range over the past few years has attracted top perfumers. In 2007, the Serge Lutens Gris Clair fragrance succeeded in blending  lavender, woody and musk notes. In 2008, Jean-Claude Ellena combined the freshness of lavender with the warmth of gourmand licorice in Hermès’s Hermessence Brin de Réglisse. Jacques Polge’s Jersey is also of note in Chanel’s Les Exclusifs range, as is Tom Ford’s Lavender Palm, Jean Paul Gaultier’s Le Beau Mâle and many others still.

So, is authentic lavender really out of fashion in perfume? No, because as perfumer Francis Kurkdjian enthusiastically says, “Lavender is like the color black in fashion, you never get tired of it.”